30 years ago, I left my small hometown in west Texas, Roby. Population 643. And since then I’ve traveled and worked all over the place but for the last 5 years I’ve lived in the NE and worked and gone to school in NYC. A bit of a size shock. Now I want to share with you the differences between the Roby I left in 1987 and the Greenwich Village of today.

Greenwich Village is a neighborhood on the west side of Manhattan, New York City. It has been the Bohemian capital and the cradle of the LGBT movement. At the center is Washington Square Park. The entire neighborhood is .28 square miles with 22,785 people. It’s median income is $119,728

Roby is a town in west Texas. It’s cotton country and was founded by farmers in 1885. There are 623 people and 175 families. The median income is $27,031. In 1987 the population was 847. The reason I know this is because we’d be so bored we ride our bikes to the 4 population signs at the entry points to the town for fun.

The IFC Center is the home of America’s largest documentary festival, Special presentations of the acclaimed theatrical productions of National Theatre Live, and Royal Shakespeare Company. Also the Posteritati Gallery, an exhibition of vintage movie posters from around the globe.

The Paradise Theater was 20 minutes away from Roby but it was a big influence growing it. It’s where I escaped the boredom of Roby and went to distant planets and believed a man could fly. It’s also the home of my first date and my first rated R movie.

NYU’s Greenwich Village campus has a current enrollment of 51,123 which includes 115 countries, 49 states, and the highest number of International students with 230+ areas of study.

Roby High School’s 1987 graduating class was 32 people including myself. It was the largest class in 20 years. The class before me graduated 18 people. A near by town, smaller than Roby, graduated 2 seniors.

Pomme Frites, Authentic Belgian Fries is a tiny fast food restaurant that sells 3 sizes of frites (or fries); regular, large and double. They have 42 sauces to choice from including Sambal Olek, Vietnamese Pineapple and Dill Lemon.

The Hatahoe was a 3 restaurant chain founded in Roby. The name was based on the owners desire not to ‘hoe cotton’ to make a living. Burgers cost $2.50 and a small drink was 50¢. A local favorite was the chicken fried steak.

Looking to Connect the Two Worlds


This was an initial exploration of how I could overlay my memories of Roby on to Greenwich Village:

I spent many hours in Greenwich Village trying to gather relevant data... trying... 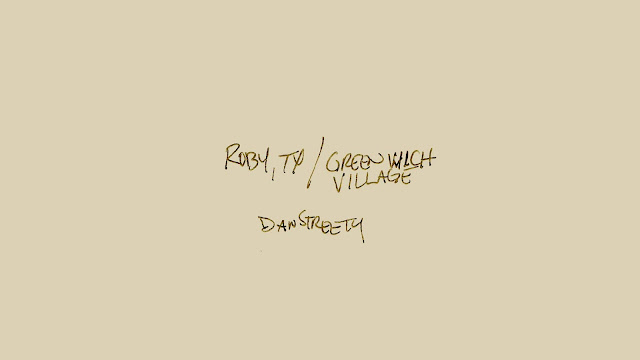 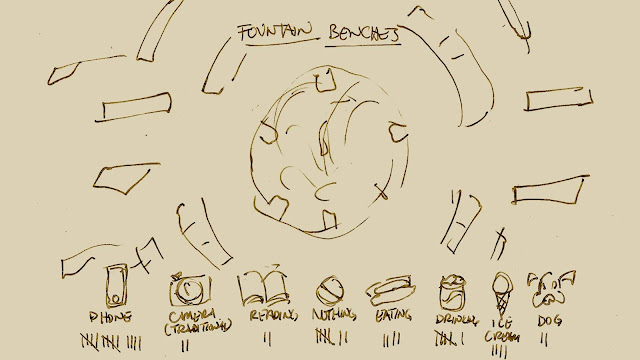 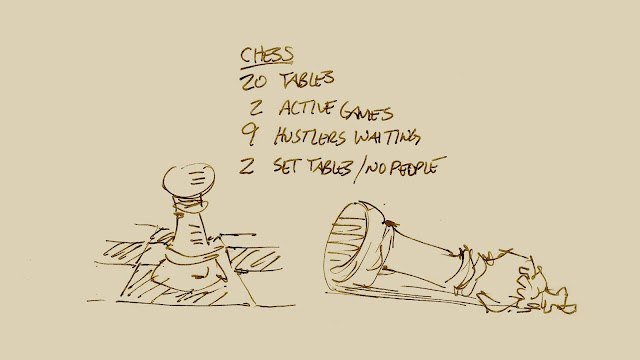 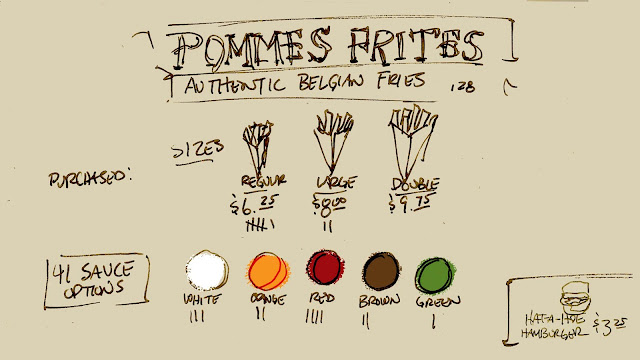 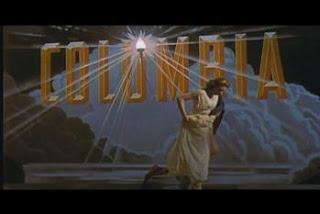